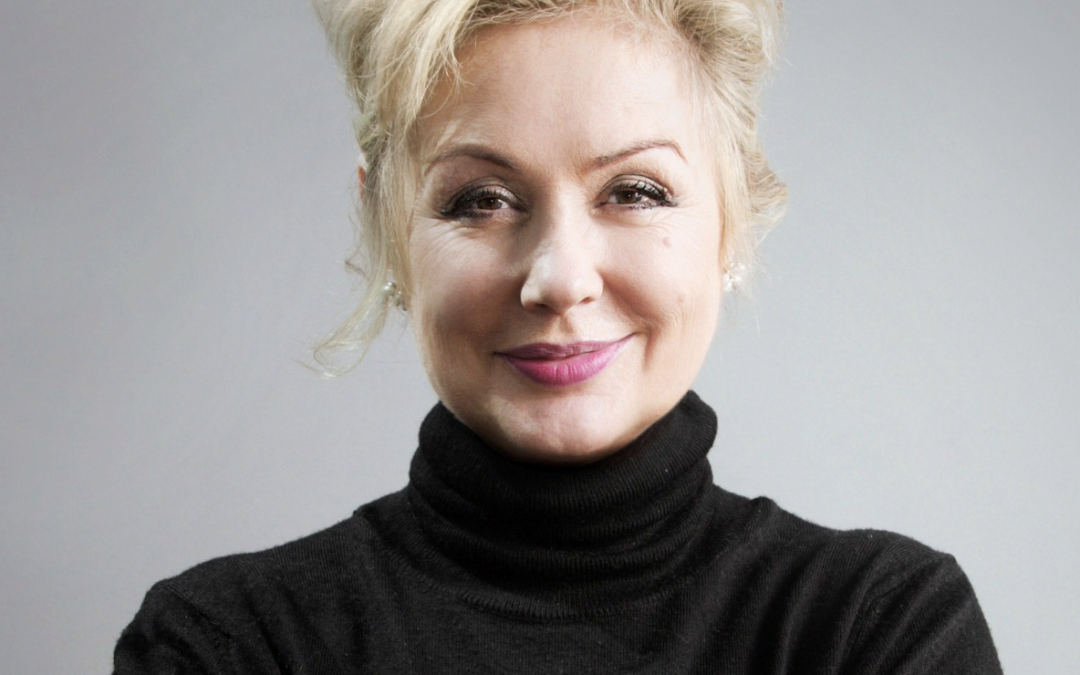 Hetty Baynes is a well known British actress and has had a long and successful career in TV film radio and theatre. She was first on the stage at 3 as a ballet dancer, and won a place to the Royal Ballet School at 10, by 12 was dancing with the Royal Ballet company at Covent Garden, with Fonteyn and Nureyev.

She became an actress at 16 and highlights of her stage career include starring in John Osborne’s Inadmissible Evidence at The Royal Court Theatre, starring with Edward Fox in The Philanthropist at Wyndhams Theatre, starring as Lady Fidget in the first tour of Country Wife, playing in Buglar Boy at the Traverse Theatre in the Edinburgh Festival, and for her acclaimed comic performance as Ida alongside Maureen Lipman and Lionel Jeffries in Theatre of Comedies’ See How They Run.

Hetty has had three Best Actress nominations: for her performance as Rita in Ibsen’s Little Eyolf (Off-West End Awards), as Maddy in Women Laughing by Michael Wall at the Royal Exchange Manchester (Manchester Evening News Awards) and as Marilyn Monroe in Anyone Can See I Love You by Marilyn Bowering (Sony & Prix Italia Awards). Her most recent performance on stage was Shirley in Revelations by Steven Lowe at the Hampstead Theatre.

Her extensive television and film career includes starring with Alan Bates and Jeremy Irons in the Paramount film Nijinski directed by Herbert Ross. Sir John Gielgud in Agatha Christie’s Secret of the Seven Dials for LWT, with Pauline Collins and Michael Gambon in The Tropical Moon over Dorking, as Hilda in Ken Russell’s Lady Chatterley’s Lover and as the wife of Stephen Fry in Simon Gray’s Old Flames, the BBC’s Nicholas Nickleby, Sense and Sensibility, and Dombey and Son. Her more recent television work includes Footballer’s Wives and playing the part of Verda Rowley in BBC’s acclaimed series The Hour and Mo in Casual Vacancy by J K Rowley. She will be seen as Mrs Gratowski in the upcoming feature film Cordelia.

In 1992 she married the legendary film director, the late Ken Russell with whom she had a son. Ken and Hetty were brought together working on his South Bank TV film ‘The Secret Life of Sir Arnold Bax’, where they played opposite each other. Their shared passions for music, dance, choreography, and film developed during filming into a profound love affair. Married 6 months later. Hetty co-wrote with Ken on several projects including The Insatiable Mrs. Kirsch, Treasure Island, Mindbender and Alice in Russia Land in which she starred as Alice.

Hetty had a successful exhibition of her paintings at The Strand Gallery November 2012 ‘Betsy and Blapsy- Life and Times’.

Now concentrating on her life as a writer Hetty completed her MA in Creative Writing at  London University in 2015 and is now currently working on her TV comedy/drama series Hooked, which is in development, an Anthology of poetry ‘ Winter Night Blue Rain’, and a TV drama ‘Don’t Call Me Darling’. Hetty has formed her own company, Palomino Production.

TLC. Alongside her theatrical and creative career, Hetty has been working as a spiritual life coach for the last 10 or so years, she has kept this very much ‘undercover’, working with two top established companies in UK and US, but has also been looking after a handful of private clients. Now she is launching Hetty Baynes Transformational Life Coaching to enable her to reach more people and do this under her own auspices rather than for other companies.

She amalgamates a host of spiritual, creative and therapeutic skills that comes from her vast life experience, various therapies, coach training, and her own particular viewpoint, which is perhaps her USP as a spiritual coach. She aims to facilitate insights and transformation enabling her clients to raise their consciousness and therefore change their lives. Sometimes she says she can do this in a one-hour session in what she calls a ‘Crack The Code ‘session.

She sees herself as a combination of agony aunt/priest/guide/coach/psychic/confidante/ personal growth trainer….but works with each induvial that comes to her in a completely unique way as each and everyone of us is unique and therefore the help they need will be a combination of all of the above but also completely unique- she says she has a format but actually never knows quite how the session will go, what will come through for the client and the journey she travels with them.

She works on phonw, skype, facetime and one/one in person. She is based in London. As her website has yet to be launched she can be reached on hettieb@hotmail.co.uk and 07513 826704

You can google her and also her acting website is www.diamondmanagement.co.uk under actors and her writing agent is www.blakefriedmann.co.uk under media clients.